You are here: Home / Our Homestead / The Power of Advice: One MAJOR mistake we made with our Calf the First Week

Some days, despite all efforts, you unmask “the truth” around each new bend. And confidently life whispers in your face, “You are merely a ‘rookie'”. Sometimes we scratch through humbling experiences, in order to find our way. But the power of advice is a reckoning for all man.
And this week, we made a major mistake our with our calf, that almost cost him his life.

People are full of advice. Sometimes it is negative. Occasionally it is positive. A lot of it may be fear mongering. But one thing is certain, the power of advice changes lives. Perhaps this is also why the majority of human beings shun constructive criticism. We are all guilty of throwing advice without actually being knowledgeable on a subject, at some point in time. Sharing what we learned, whether through a Facebook newsfeed, or the gossip chain does not give us entitlement to confuse others, even if we feel justified and confident in our ‘experience’. There is no condemnation here, it is merely a reflection on a widely circulated affair.

Knowing many are well intentioned, but not necessarily wise, Yvan and I try to take most advice with a ‘grain of salt’, though we deeply appreciate and embrace deep criticism from knowledgable sources.

This time, we trusted the wrong source, and made a MAJOR rookie mistake that almost cost our sweet bull calf its life. If you want to learn more about how we began our homestead with a calf click HERE.

Yvan and I have been preparing for homesteading for some time. We always knew the power of advice from trusted farmers would be our strength. We sought tidbits, from the locals any time they offered it .

Our plan initially, was to have a calf, but after much research, learned it would be quite difficult to acquire at this current season in history. So, we focused on researching ducks and chickens and rabbits for infusing our miniature farm, once more.

Unexpectedly, a local friend asked if we would be interested in having a calf, as they had just purchased a few. They would be returning to the farm a few hours away to purchase more and asked if we wanted one. We leapt at the opportunity! Our own beef! What a dream!

For the next couple weeks we researched passionately, understanding the wisdom and power of advice when it comes to raising food. While we were NOT a source of wisdom on the subject of cattle, we were comfortable with the minimum knowledge we had, to continue learning ‘hands on’.

Our sweet baby arrived, wide eyed and wobbly legged, to our utter contentment. But as he was handed off, we were given instruction to wean him immediately and without transition. This came directly from the farm owners.

That was nonsensical. He was only TWO WEEKS OLD. Even human babies typically have a ‘transitional’ weaning, something I am well aware of, having breastfed seven! But an infant bull? Yvan was equally agitated in his gut that it felt…wrong. The power of advice befuddles us when it seems to come from a reliable source. Sources are key!

However, upon grandiose insistence from the producer, and arguing with the logic of it, we weaned him. He was given his last bottle of milk, and put directly on water and feed, despite our gut churning with uncertainty. What do we know? We are not “large scale” farmers, as his previous owner was. Honestly, I grew up on sidewalks in the city. The closest cow I came to as a kid was at “Chick-fil-A”…stuffed and wearing an “EAT MOR CHIKIN” Sign.

I did dream as a kid, however, of owning my own cow, and not an advertising one either! Just a good earthy milk cow, Jersey if possible. And this baby calf was a HUGE step in that direction.

So we trusted too blindly, and lacked confidence in our ‘gut instinct’.

The Fourth morning, at the crack of dawn, Yvan went to check our little one. He was lying weakly on his bed of grass, uninterested in feed or water. He was not dehydrated, as he had drank almost a gallon of water the night before(something we learned was too much in one sitting), and ‘Relieved’ himself frequently enough. The poor animal of guzzling water like a thirsty camel, searching for its mother’s milk in every drop. We knew something was seriously WRONG.

I whipped out my “Country Living Encyclopedia“, an ASTOUNDINGLY concise manual for homesteading that was gifted to me by a dear friend. It instructs you for everything from canning, to raising animals to home birth! It was chock FULL of knowledge and exemplifies the power of advice, in homesteading life.

I found an excerpt in the text, explaining how many producers will push to wean calves too early, often resulting in sickly cattle (or worse). As well, it stated calves should not be immediately put on feed but transitioned gradually. Alarm bells went off all over again.

While I kept reading desperately for an answer, Yvan was finally able to get a hold of some local cattle farmers (something he had tried for a few days), to ask for their opinion on the advice we were given.

One farmer asked how long we had him.

Yvan responded, “Only a few days”.

The farmer said stockily, “Well, on water and feed at only two weeks old, he might last a few more days,” which sent riveting shivers down our spine.

“Not Again, Lord. We can’t lose our animals again”.

I dug up some research from my manual, alarmed at what I read.

Yvan got a hold of another local cattle farmer and the kind man showered us with excellent advice and constructive criticism, which we greedily and gratefully embraced. He also agreed to take our calf to drink from his milk cow for a couple weeks. During which time, we will stock up on powdered calf milk.

Right now he is thriving again, full of energy and gaining weight! So thankful for the power of good advice, a helping hand and a strong farming community!


A Word to the Wise

Do Like We Say and Not as We Do

You will witness us make a lot of mistakes along the road. Learn from our mistakes gathered through painful experiences, and do not repeat them. Cling to the power of advice in those around you that stems from wisdom.

Yesterday, Yvan contacted our friend, who had delivered our baby calf, and he told us he had lost one of his calves too. When he had called the farm owner about it, they simply said, “That happens”.

Of course, death happens on a farm. Frequently we realize. But the way to decrease death, and increase life is to seek seasoned WISE advice, from locals you trust, and research like the dickens!

Lastly, hold on to your gut instinct like it separates you from death. It often does. 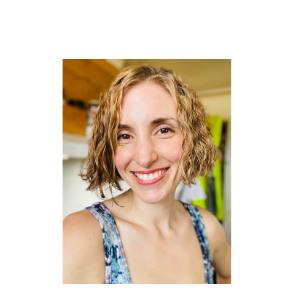 Hi!
My name is Tiffany Cherie and I am so pleased to have you here.  My husband and I have seven remarkable kiddos and we live in the back woods of coastal French Quebec!
I am passionate about Jesus, my family and our growing baby homestead. We have learned many lessons, painted some pictures, fumbled along in broken French and failed forward! We hope you will join us in discovering what it means to live life unconventionally.
Please subscribe to stay updated on all our latest content from in our crazy, joyful, bohemian homestead life!